On February 11, 1949, Yours Truly, Johnny Dollar premiered on CBS and kicked off the career of “America’s fabulous freelance insurance investigator.” Dollar traveled the world investigating cases of insurance fraud until 1962. Each mystery was narrated by Johnny as he itemized his expense account for his bosses at “the home office.” The series aired up until the end of the Golden Age of Radio in 1962, and it remains one of the most beloved detective programs of the era.

What made the show work?  The format of the show is a great hook - Dollar narrates the story as he itemizes his expense account for his employers.  As the case progresses, another expense is rattled off.  This was played up for humorous effect in the show’s early days, leading to a frequent announcer tag line - “At insurance investigation, he’s only an expert.  At making out his expense account, he’s an absolute genius!“  Dollar was sharp, a bit cynical, and had brains to match his brawn. 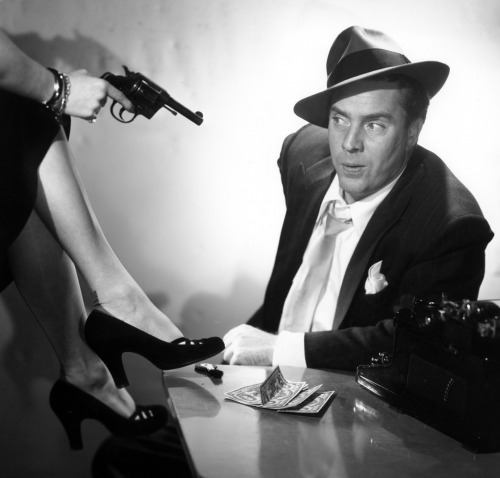 But in his first several years on the air, Johnny Dollar was a good - but not great - radio detective.  There was little about the show to distinguish it from the sea of detective shows cluttering the airwaves.  Three different actors (Charles Russell, Edmond O'Brien, and John Lund) played Dollar between 1949 and 1954.  (Dick Powell was actually the first to play Johnny Dollar in a 1948 audition program.  Before the show went to series, Powell opted to star in Richard Diamond, Private Detective on NBC.)  The insurance investigation angle provided a different flavor for the show, but those early shows weren’t quite in the same league as Sam Spade or Philip Marlowe.  The show actually left the airwaves in 1954, and Johnny Dollar might have ended up as a radio footnote had it not been for a revamped series that returned to the air in 1955.

Under the direction of Jack Johnstone, Johnny Dollar was reinvented as a five-night-a-week 15 minute serial.  Johnstone was a veteran radio writer and director who previously brought Buck Rogers and Superman to radio. Just before he took the helm of Johnny Dollar, he served as producer and director for the outstanding NBC western series The Six Shooter, which brought Jimmy Stewart to weekly radio as its star.  Johnstone served as producer and director of the new series, and he frequently provided scripts.  With 75 minutes instead of 30 for stories every week, Johnstone and his fellow writers could deliver complex plots with plenty of twists and turns and nuanced characters with more depth than the usual supporting players in a weekly detective show.

But talent behind the scenes is only part of the story.  Johnny Dollar’s renaissance owes as much to the man in front of the microphone - a strong, dynamic actor who breathed life and a personality into the detective.  And it was an actor who was no stranger to solving crimes on the airwaves. 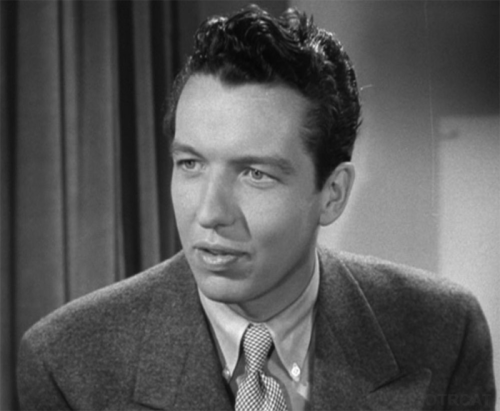 Bob Bailey was fresh off a run as private eye George Valentine in Let George Do It when he was cast as Dollar.  He sank his teeth into the king-size scripts, and his performance fleshed out the character in a way that the previous actors had never quite managed to nail down.  His Johnny Dollar would more often than not get too involved in his cases, and he might fall too hard for a female suspect.  He loved to fish, and his clients might exploit that to persuade him to take a dangerous job in a far-off locale where he could be promised a good catch.  He was unpredictable, funny, and dangerous.  In the early years, Johnny Dollar was just a radio detective.  With Jack Johnstone’s words and Bob Bailey’s voice, he joined the ranks of Marlowe and Spade, characters with long histories on the page behind them.

The series continued in the serial format until 1956 when it returned to 30 minutes once a week.  While the individual shows may not have always been as rich as the five-part stories, Bailey’s performance remained strong.  He remained in the role until 1960, when CBS shut down its West Coast radio operations and moved its dramatic productions to New York.  The show continued for another two seasons; Jack Johnstone continued to provide scripts but was replaced as director.  Bob Readick and Mandel Kramer starred as Dollar until he turned in his last expense account on the final night of network radio on September 30, 1962.

Nearly all of the episodes of the show survive, and while each actor brought something unique to the character, it is Bailey’s Johnny Dollar that stands head and shoulders above them all.  His wry humor, his hard edge, and his world-weary cynicism come through in every line of his performance, and there are years of episodes for today’s audiences to rediscover and enjoy.